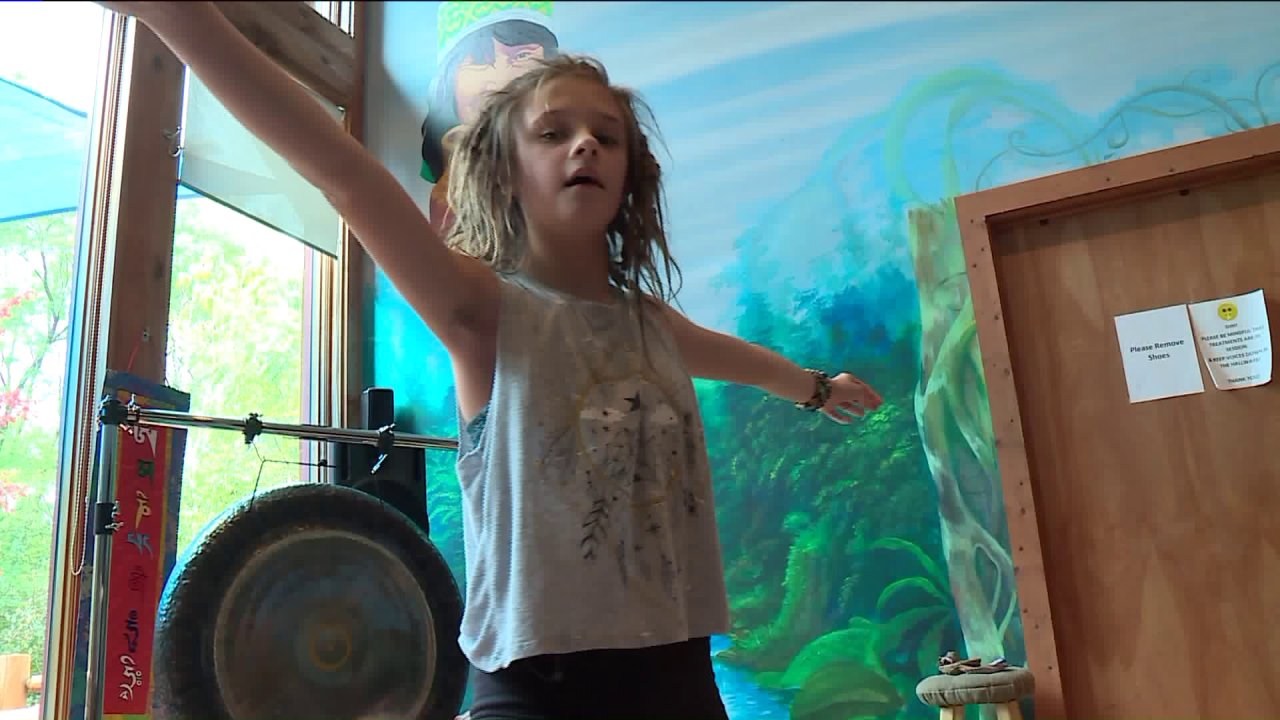 At 10, she is the youngest Bhakti Yoga instructor in the United States.

This is an archived article and the information in the article may be out of date. Please look at the timestamp on the story to see when it was last updated.

CHICAGO — As yoga studios pop up across the country, the teacher certification process has become increasingly stringent. But that didn’t stop 10-year-old Meka Leach.

“I felt really connected to that; I felt that was my goal,” Meka said.

At 10, she is the youngest certified Bhakti yoga teacher in the United States.

Ask her mother and she’ll tell you that Meka has always been driven to accomplish things way beyond her years. At first it was fencing, and Meka has been winning national competitions since she was eight years old.

In fact, it was fencing that brought her to a yoga mat.

“My trainer started saying I should do yoga for flexibility because I was getting really stiff,” Meka said.

There she found something bigger than gold medals. Something she calls “centering.” So, a month later, she announced that she wanted to get certified.

“I was like, ‘no, are you crazy? You don’t have time. You have school. You have fencing,'” his mother Shannon Leach said.

It took 200 hours of training, a commitment that left his friends scratching their heads.

“They don’t understand why I’d rather get certified in yoga than play with them,” Meka said.

Meka not only completed Bhakti certification, but also found a second love in soothing instruments.

The student is now a teacher in a room full of adults. And some of his friends also sign up for his “Mindfulness with Meka” classes.

Meka also won gold at the national fencing championships this summer, and she credits what she learned from those 200 hours on the mat.

“She was so calm, so centered and so confident,” Shannon Leach said. “It’s just his calling.”

Meka is already planning to start her 500 hour yoga certification.