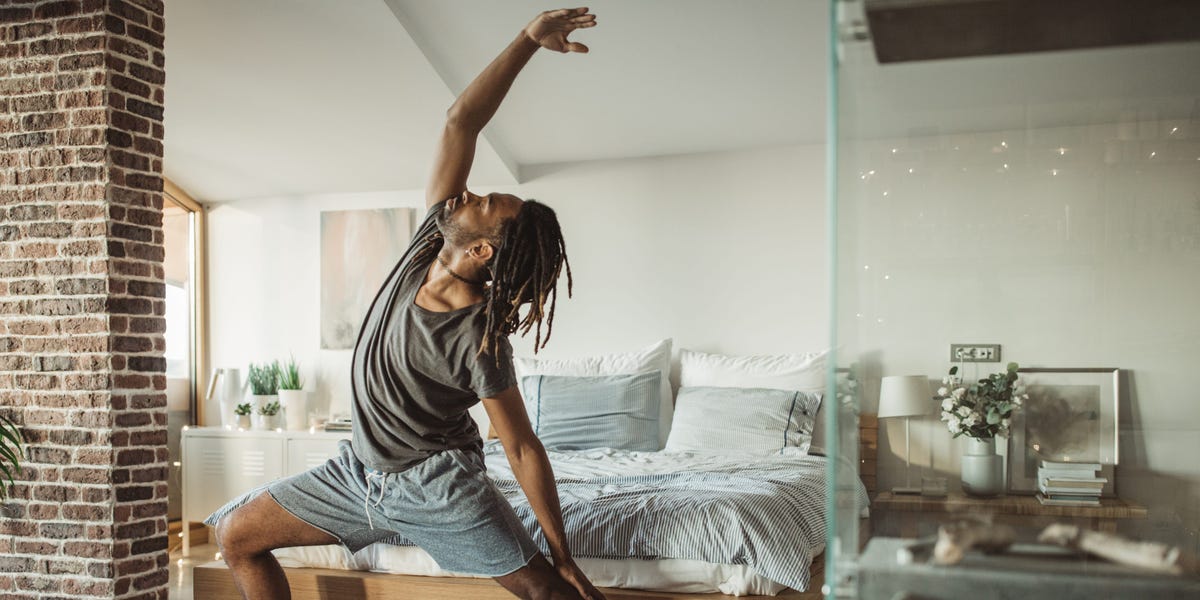 Benefits and what to expect in a yoga class

Hatha yoga has become one of the most popular types of yoga because it can build strength, improve flexibility, and align posture, while still being gentle enough for most bodies.

â€œIf you’ve attended a yoga class, you’ve probably practiced hatha yoga,â€ says Adrienne Leslie, certified yoga instructor. â€œThis is a great option for beginners and experienced yogis alike. Instructors will instruct you in breathing and guide you through proper alignment in poses, and poses can be altered to suit the practitioner’s level of experience.â€

Here’s what you need to know about the history and health benefits of hatha yoga, and what to expect if you’re considering taking a yoga class.

Understanding hatha yoga and its origins

Most of the yoga classes that you find at local gyms and yoga studios can be classified as hatha yoga, where you will be doing a combination of poses and breathing exercises.

Hatha yoga translates to “discipline of strength” in Sanskrit. It is rooted in ancient Hindu spiritual teachings and was not officially introduced to America until the late 1800s, when Indian yogi Swami Vivekananda brought it to Chicago.

In the early 1960s, Richard Hittleman’s popular Yoga For Health television program introduced hatha yoga to families across America.. The practice gained even more momentum later in the 1960s with the rise of New Age and hippie movements.

Today, hatha yoga is recognized for its mental and physical health benefits and can be found in tens of thousands of studios across the United States.

Important: Hatha is the physical practice of yoga associated with breathing. Other types of yoga, like Vinyasa, incorporate Hatha yoga poses and can proceed more quickly.

Research has repeatedly shown that hatha yoga has a wide variety of mental and physical health benefits. Among the most important are:

What to expect in a hatha yoga class

Hatha yoga classes can last 45 to 90 minutes, but you can benefit from just 15 minutes of practice.

If you’re new to yoga, Leslie says a slower, alignment-based class is great for learning some of the more common yoga poses. She suggests looking for words like beginner, gentle, or restorative.

While many yoga gyms and studios offer hatha style classes, you can also use one of the many yoga apps and videos online to try out this style at home. However, Leslie strongly recommends seeking advice through a virtual instructor.

There are three main elements in a hatha yoga class:

â€œFor starters, you’ll generally focus on the breath and warm the body up with gentle movements such as the infant pose, spine rolls, and gentle twists,â€ Leslie explains. “You will continue to build up heat through a flow, moving with the breath for several minutes.”

Breathing exercises can include alternating nasal breathing or “three-part breathing”.

Once you have warmed up, you will begin to move through a series of yoga poses, the difficulty of which can vary widely.

Hatha yoga poses can include:

If you ever find that a posture is too difficult, let your instructor know, and they should be able to suggest a modification that meets your needs.

At the end of the course, you will usually participate in a period of meditation.

How to Meditate: A Beginner’s Guide to Meditation and Mindfulness

Meditation
and mindfulness are important aspects of hatha yoga. Some instructors may take you through a short guided meditation or use Tibetan singing bowls to promote relaxation.

â€œTo let the practice settle into the body, you’ll end the class with a restorative pose, sitting or lying on your back to find stillness and reflection,â€ Leslie explains.

Hatha yoga is a great option for any level of practitioner. It can help reduce stress, manage depression, improve strength and flexibility, and relieve pain.

Leslie adds that when starting a practice, it’s important to remember that yoga is not about achieving the perfect pose – it is an opportunity to relax and calm your body and mind, and requires immense patience to progress.