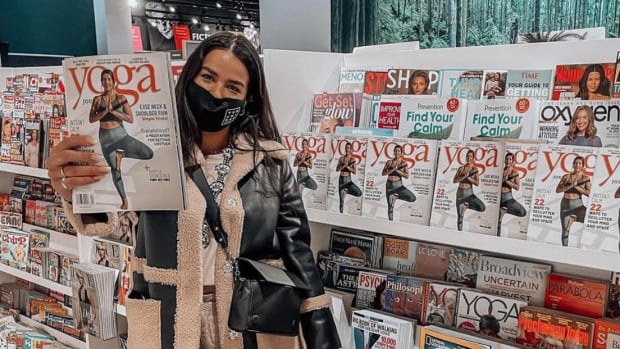 â€œMy main goal is to help indigenous youth and the communities where I come from, because I understand all the obstacles we face and all the colonial violence we face every day,â€ said Shayla Stonechild, 27 years.

Stonechild, originally from the Muscowpetung First Nation, began practicing yoga at the age of 19 and became an instructor a few years ago. She now lives and teaches yoga in Vancouver.

As she learned to become an instructor, she said she made it her goal to be in Yoga journal, one of the oldest and most well-known yoga magazines in the world.

She appears on the cover of the March-April issue and said she was the first Indigenous woman to take this milestone.

â€œPeople talk about protest, but when it becomes a reality you tell yourself that I can actually achieve my vision,â€ Stonechild said.

She said there is a lack of Indigenous representation when it comes to the health and wellness industry.

“Whenever you watch mainstream media it’s usually from a place of survival or a place of scarcity, when it comes to indigenous women we are always highlighted in a vulnerable way. “said Stonechild.

â€œSo I wanted to change the discourse on Indigenous women because when I look at my communities, that’s not what I saw reflected. I saw strong women, who were at the forefront of their own industries, who were the backbone of their communities. “

In November, she joined the diversity and inclusion committee at Vancouver-based company Lululemon and said she hoped it would open up more opportunities for other Indigenous women.

â€œI told them as soon as I started, I don’t want to be the only person here. I want to pass the torch. And so my goal at the end of this contract is to involve other Natives with Lululemon. â€ said Stonechild.

The idea for the Matriarch Movement began as a social media content creation space meant to amplify the voices and journeys of Indigenous women. With the podcast, she plans to interview one Indigenous woman per week, with the first guest being Sierra Baker, a senior design consultant in Vancouver.

Denita Gladue, from Island Lake Cree Nation in Saskatchewan, is also another guest on the podcast, as well as the project’s photographer and creative director.

â€œThere is a lack of resources for Aboriginal women’s health. So it comes back to that Indigenous perspective of wellness and medicine through meditation and dialogue, â€Gladue said.

â€œShayla’s dream is to create content for Indigenous women who don’t necessarily have the resources. “

Over the past few months, Stonechild has partnered with a number of organizations, including the Native Women’s Resource Center in Toronto, to offer yoga online. She also collaborated with Paris Jewelers on a personalized gold arrowhead necklace, the proceeds of which are donated to the Matriarch movement.