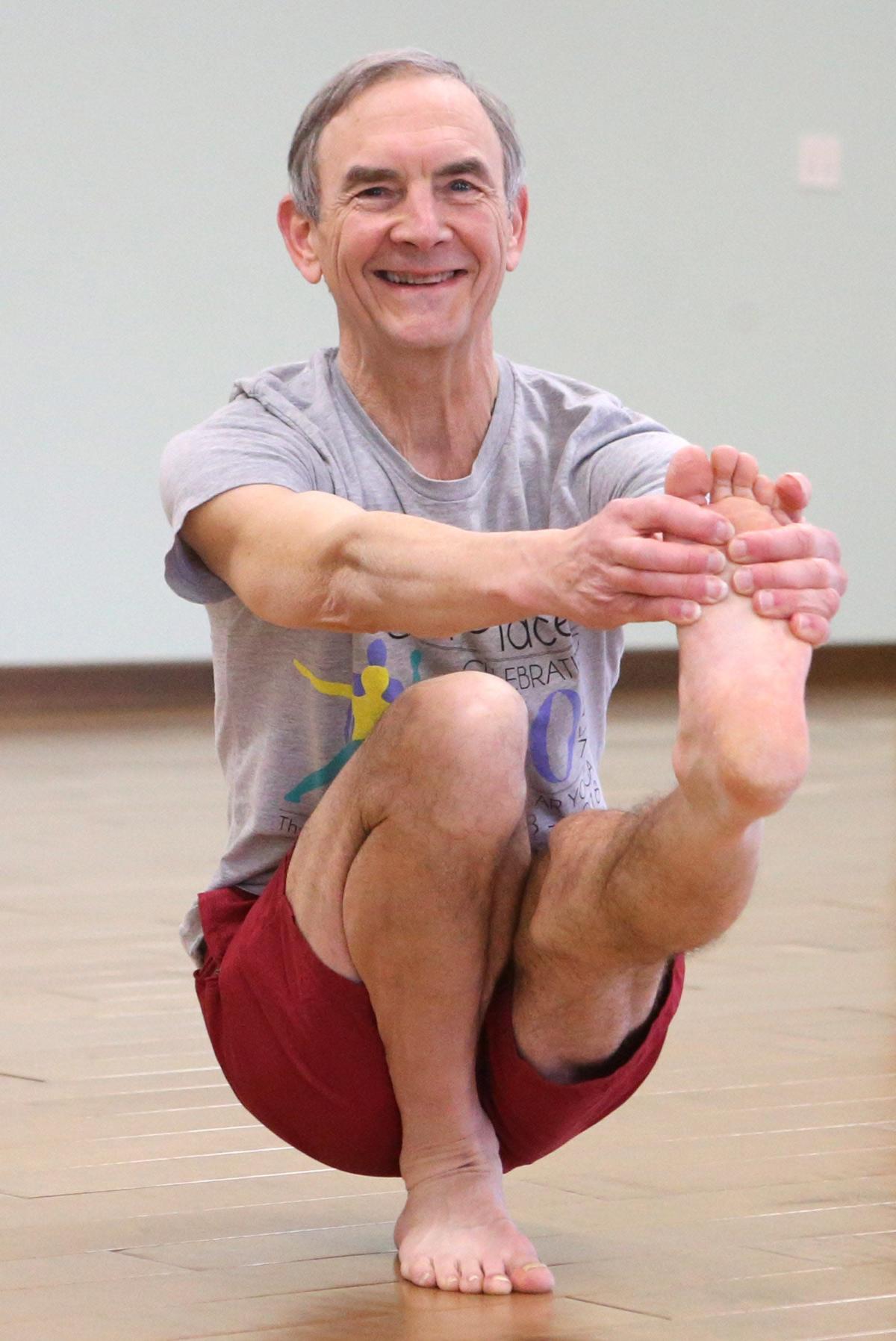 Michael Curtis started doing yoga while in college before it became a global phenomenon. According to studies by Yoga Alliance and Yoga Journal, yoga is practiced by 37 million people in the United States alone and hundreds of millions more around the world.

Curtis started practicing yoga like he was doing his music in college – every day. About 10 years after his debut, he was asked to teach yoga. Later, a student had the idea to open a yoga studio.

Curtis holds a doctorate in music from the Cleveland Institute of Music and Case Western Reserve. He had a Fulbright scholarship to study music in South America. He is still involved in music as a guitarist and teaches in the music department at Malone University. When the studio first opened, her music career subsidized the yoga studio.

“Music is like yoga in that music teaches you about yourself, but music isn’t about the musician,” Curtis said. “Bach, who wrote some of the greatest music of all time, wrote at the end of his compositions ‘All glory be to God.’ The best music is when you disappear and get lost in the music I love getting lost in what I do – especially yoga and music The musician is the sailboat and the music is the ocean In yoga, we refer to this lost-and-then-found as the ‘ocean of bliss’.”

Today he operates two local studios, The Yoga Place at 6734 Wise Ave in North Canton which uses solar power and has a heated stream, and Yoga Central at 4626 Cleveland Ave. NW to Guangzhou.

What led you to try yoga and become a yoga teacher?

I started trying yoga when I was in college. There were no yoga classes. No yoga mat. No marketing. But there were books and some people who practiced. I was a musician at the time, but I met someone in the philosophy department who did yoga.

The movements of yoga were new and intriguing to me, but I was also completely fascinated by the history, philosophy and ethical principles of yoga. I was a runner who was starting to really tighten up. I loved the run but was wary of the tightening process caused by the run.

Would you list the top three benefits of practicing yoga?

This is a difficult question. Yoga helps in all areas of life, but I think if we overemphasize the benefits of yoga, then the benefits become a distraction. I don’t like to use “benefits of yoga” as a persuasive tool because yoga is not a selfish practice.

How has the practice of yoga helped you in your life?

Physically, I put in the time and worked with skillful practice and am in optimal health. Mentally and spiritually, I am neither a sage nor a saint. I need to live another 100 years to be able to climb this escarpment! Currently, I’m climbing a little, sliding a little. Climb and slide. It’s fun, not frustrating.

I like a challenge and my mistakes make me happy. Human madness is present, but so is resilience. Yoga has helped me dance and laugh with mistakes and challenges.

It’s not what yoga does for me, but what I do for others — yoga as a service. Yes, I have excellent health, but life is not excellent health. Health is just another thing, like a house, a car or a guitar. Having two yoga centers, good health, great classes, and great teachers allows us to give back, and we do so with love and enthusiasm.

What other ways do you practice good health (ie special diets, other types of exercise, etc.)?

I participate. If it’s music, dancing, books, Frisbee, biking, sports and/or conversation, I want to be part of it. I like to either organize these things or participate. Even though I’m a shy person, I tend to say “yes”.

What other activities, charities or special causes in Stark County are important to you?

I am very involved with Ohio Forest Sanctuaries, a non-profit organization that works to preserve forests and green spaces for the benefit of all. Recently at Yoga Central we raised $500 for Stark Blessing Box. In December, we also hosted a charity event for the Akron-Canton Regional Food Bank. On Martin Luther King Day, we are hosting a fundraiser for the Northeast Ohio Black Health Coalition.

Helping people with their health is one of the services we provide, but more importantly, yoga is about deeper awareness, higher consciousness and more mindful loving living. Doing more can sometimes hurt more, but what’s life without caring?

The world can beat you up, and sometimes even bite you, but don’t turn your back on a world that needs more attention, love and goodwill.

Yoga is not about turning our backs on the drama of life, but rather, as we see in the Bhagavad Gita, we must participate. We are expected to participate and do our best. You have an important role in this drama. The fascinating teaching of yoga is to “participate selflessly.” It is an aspect of “skill in action”.

Editor’s Note: Five Questions With… is a Sunday feature that features a member of the Stark County community. If you would like to recommend someone to participate, email [email protected]