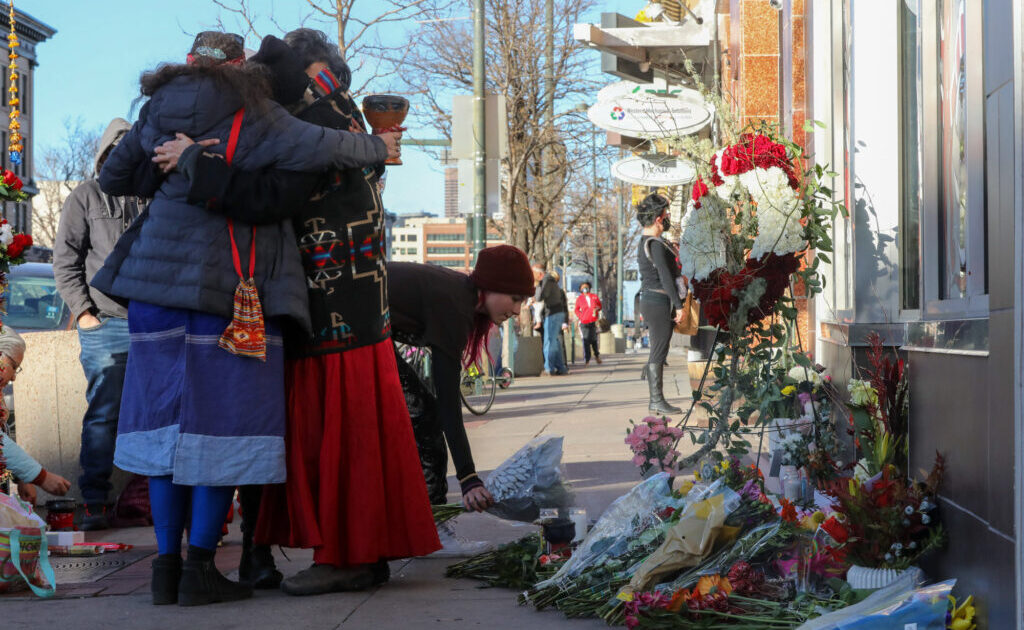 Friends remember yoga instructor Alyssa Gunn-Maldonado, who was killed in the Denver shooting

“I find it hard to believe that anyone would want to hurt people that this world really needs right now.”

Ernesto Burbank was looking forward to New Year’s Eve. On Friday he would see his old friend Jimmy Maldonado. The Denver driller was planning to come join Burbank in Winnemucca, Nevada, to spend a week supporting native elders trying to protect their land from a lithium mining project.

Tuesday morning, days before Maldonado arrived, Burbank received a text message from his friend’s family. He assumed it was about plans. Instead, the post said Jimmy and his wife, Alyssa Gunn-Maldonado, were shot at the Sol Tribe Custom Tattoo and Piercing Shop on Monday night, along with studio owner Alicia Cardenas.

Burbank must have read the message multiple times. Gunn-Maldonado, whom he considered a “ceremonial sister”, had died. Jimmy was in the intensive care unit at Denver Health, struggling to survive.

“It doesn’t make sense to me,” Burbank said. “It’s hard for me to believe that anyone would want to hurt people who are really needed in this world right now. People who genuinely love each other and care about more than themselves. It feels bad to have that taken away. We already live with so much ugliness.

Cardenas and Gunn-Maldonado were the first of five people killed Monday night in a shootout that began in Sol Tribe and ended when a Lakewood police officer shot the gunman in Lakewood’s Belmar shopping district. The other victims of the shooting were Michael Swinyard, who was killed in a condo near Cheesman Park, Danny Scofield, who was killed at the Lucky 13 tattoo shop in Lakewood, and Sarah Steck, a hotel worker at the Hyatt House in Belmar. Police said all but Steck had ties to the shooter.

Burbank remembers going on a hike with Alyssa and Jimmy a few years ago.

They walked to a body of water and sang songs. They thanked the water for giving them life. They asked forgiveness for all human beings. It was one of many rituals he shared with the couple, sometimes in sweat lodges, whenever they met. They had a deep spiritual connection.

Poet LadySpeech Sankofa, who was a close friend of Cardenas, studied yoga under Gunn-Maldonado.

“She was a yoga teacher. It was a bruja. She was an artist,” Sankofa said. “She is one of those teachers who was real. She did not come to any of his practices as a fashion. She was really interested in self-improvement, self-love, and growth.

Unlike many in the yoga community who embrace “toxic positivity,” Sankofa said, Alyssa hasn’t been shy about facing life’s challenges.

“He was someone who was transparent with his shadow,” she said. “She was very clear about where she was screwed and was actively working on those things.”

Alyssa brought intention to everything she did – her work as an artist, yoga teacher and also stepmother to Jimmy’s child.

Friends were in awe of the love shared by the couple.

“I experienced Jimmy and Alyssa as being like those lovebirds,” Denver poet and friend Dominique Christina said. “They almost hated being away from each other.”

And both were committed to their indigenous roots and rituals, which they relied on in yoga, piercing and tattooing. They used these skills to help others heal.

Alyssa, Sankofa said, was on a brilliant path.

“She was, you could tell, someone who had an Elder energy,” Speech explained, “who’s gonna grow up and become an Elder and you’re gonna be like, ‘Yeah, you’re gonna know all the knowledge and you ‘This is going to be so cool.’ And she already had that in her, she already walked with a majesty and her mind was statuesque.