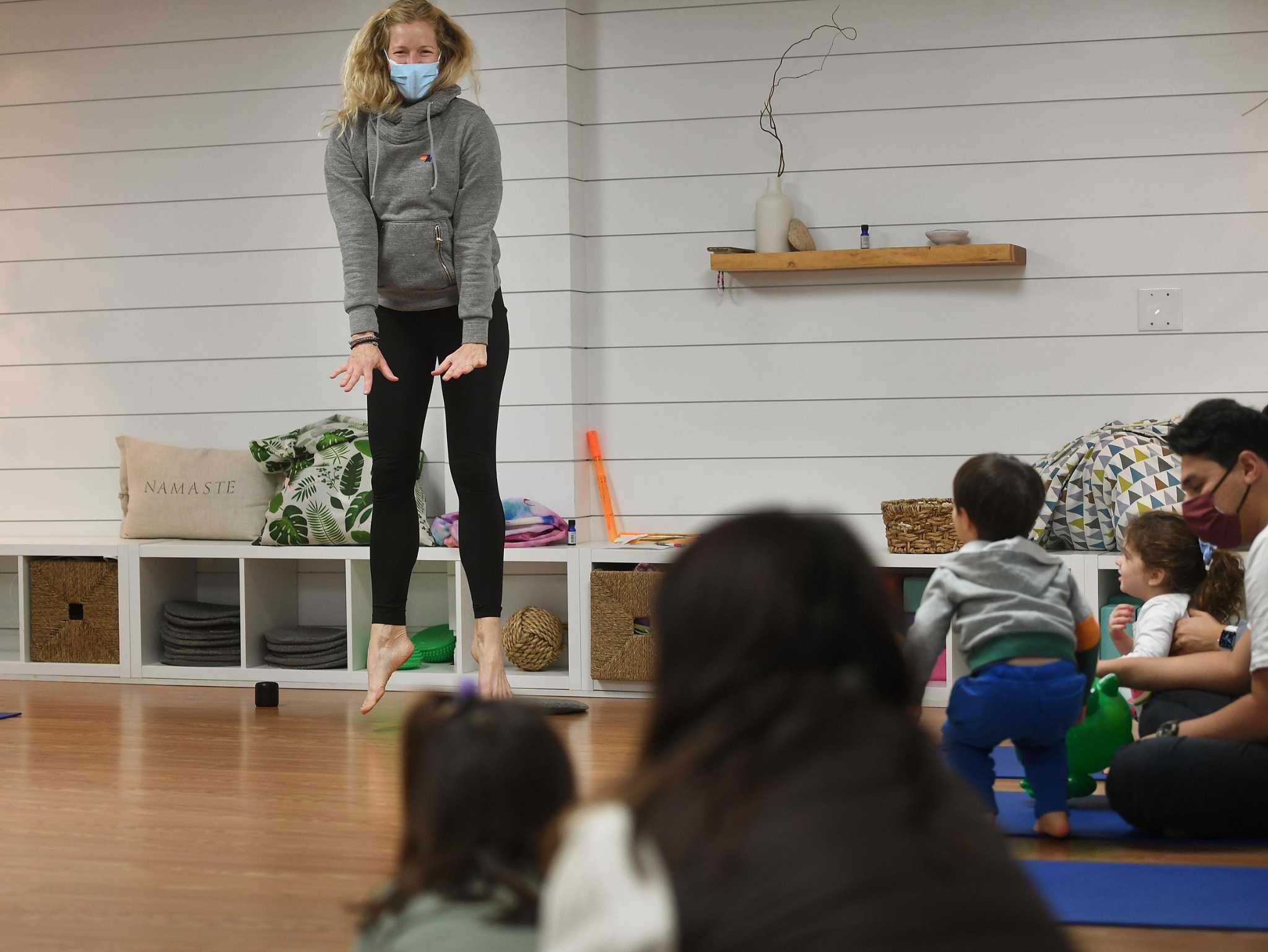 “If I shake it, there’s glitter everywhere and that’s kind of what goes through your mind,” said Walker, owner of Child’s Pose, a yoga studio in Westport. “A lot is going on, you feel overwhelmed and everything seems a bit chaotic. What we try to do in yoga is that no matter how crazy things are around us, we try to find that quiet peace within.

The lesson is part of one of the videos on her new YouTube channel designed to expand on the work she’s been doing for years – getting kids interested in yoga.

Walker has practiced yoga herself for over 25 years. She has always been an athlete and said yoga helped her avoid injury, including during her Iron Mans.

“Yoga has always been a great staple, physically and mentally,” she said.

She started teaching yoga to children about seven years ago in New York City – where she was living at the time – and saw how quickly children took to it.

When she moved to Westport, she began teaching at various nursery schools.

“The kids loved it,” Walker said, adding that it inspired her to seek out her own studio. About seven months after she and a partner found this space, COVID hit.

It all came to a halt, but Walker decided to continue the adventure by launching Child’s Pose in June 2020. She began teaching backyards and offering pod classes when it reopened. Last September, she again had full classes with waiting lists.

Walker teaches about a dozen classes a week, including a few at area preschools. Within her own studio, she offers mommy and me classes for kids crawling up to 3 years old, preschool level, elementary level for those in kindergarten through fifth grade, and some middle school classes.

Each class can accommodate up to 12 children and three teachers, providing the opportunity to work in class and in small groups where teachers can work closely with children.

The idea for the YouTube channel came about as a way to expand his teachings and reach kids who couldn’t physically be in the studio.

It would also fill a hole she saw in the content available.

“I just wanted to start offering something different from what I was seeing,” she said.

As in her classes, Walker teaches poses and breathing exercises that she says help relieve anxiety and calm down. Some examples teach children to breathe deeply and think about blowing bubbles or cookies. She said she teaches it in a fun and engaging way so kids don’t even realize they’re developing these calming techniques.

“Yoga brings you into the present,” she said. “If I can get kids to focus on the pose or the breath, they can’t focus on what’s pissing them off.”

The videos are around 12 minutes long, with some being shorter. Several have been released since the channel launched in early January.

“The more I watch it, the more I refine it,” she said.

She said she hopes more children can start doing yoga, especially with the added anxiety of COVID to the already existing pressures they face.

“Kids’ yoga is new, but it’s so necessary for physical and mental health,” Walker said.

2022-02-13
Previous Post: Benefits, what is it and how to start
Next Post: Pocket Yogi: Nine-year-old Indian boy becomes youngest ever yoga instructor, listed on Guinness World Records